I recently read a book I have seen on the shelves many times. A book that has been seen to be quite controversial as it’s brutally honest and well let’s just say very blunt. One can tell this from the front cover which reads, ‘The Subtle art of not giving a F#!ck’. Apologies for the language but I am just writing it as it is titled.

I have passed so many people reading it over the past few months and today, as I walked past the newsagent in the airport, on the way to my plane I decided what the hell, I am going to buy it and see what all the hype is about.

Well I read the entire book on my two short flights. I laughed out loud, resulting in some weird stares from my close neighbours, and I mean close… economy seems to just be getting smaller. Anyway, I am getting off track.

The book focuses on how today we are all about positive thinking, being happy, bettering ourselves and finding what we lack and improving on it….. NOT.. in fact it throws all the above out the window. 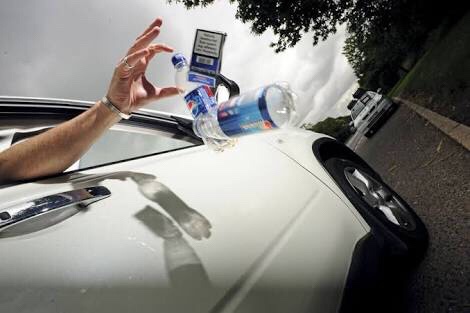 Instead, through blunt, real and true statements Mark Manson highlights some things which I have found myself experiencing as well. 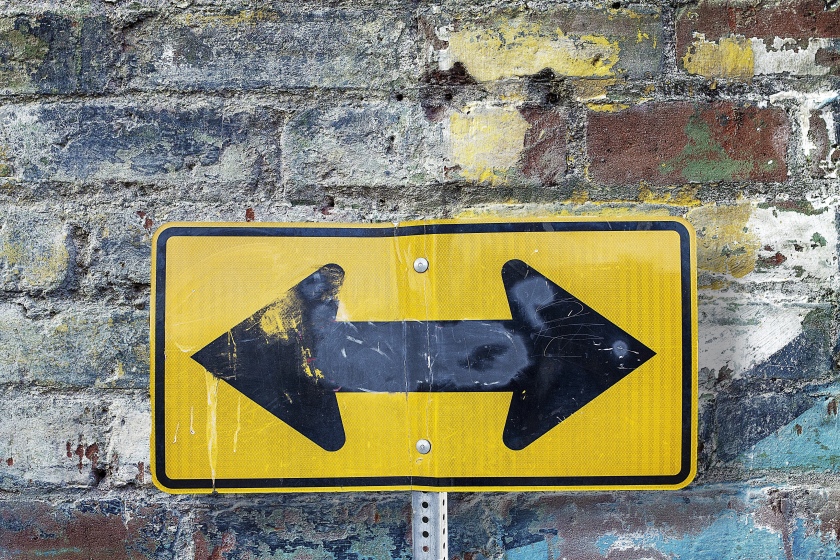 The best part was when he talked about ‘Choice’. He stated ‘We individually are responsible for everything in our lives, no matter what external circumstances.’ My initial reaction was no way am I responsible for what I have been forced to experience over the past two years and even more recently a marriage break down.

Recently I have had to practice the art of waiting 24 hours before I respond, a blog I wrote about recently, as I frequently find myself ready to fire off a heated and emotionally charged response. The book made me realise I had a choice, yes I had control over how I could respond and I’m doing this with the mindset of if and when I did press send the things out of my control could then have unknown affects on many people including me.

I made the choice to ignore someone else’s need to feel empowered by sucking others into their negative and insecure ways.

It’s interesting the word ‘choice’, I don’t think we all realise how often we are presented with it, forced to use it or it even being done for us. It can be choices within our control and also not.

Here are some examples of ‘choice’ I experienced just this morning as I flew from Brisbane to Uluru.

Brisbane – it’s 5am and it’s cold, I am tired and I arrive at the valet parking. With lots going on and little sleep I round the corner to a smiling young man who greets me with not only an amazing upbeat smile but politely and with enthusiasm. Right then I made the choice that no matter what or who, today was going to be a good day, my day, a day for me. It all started with the happy guy at the airport. Imagine the difference to my day if he had been rude and short….. who knows what choice I would have made then.

Aeroplane 1 – Brisbane to Sydney, I am next to and elderly couple (sorry mum and dad!) who were off to Japan on a tour. The lady was lovely and was happy to chat. I made the choice to take the time to talk, and listen. To actively listen. The other option and the one we see far too often, was to plug in, or isolate myself from others in fear of interaction or any form of being engaged in conversation. Times are sad aren’t they!

Landing in Sydney I had to change terminals, on my way I came into contact with a Kiwi lady who told me all about how she thought the weekend I was heading out on was going to be one of rejuvenation and adventure. One I deserved! I was like wow, I certainly hope so. She was again happy and joyous and positive and it just made me smile. As I walked away I heard her say, ‘enjoy your weekend sweetie’. I made the choice to say, Thank you, you too, rather than ignore it and keep walking.

Only seconds later I watched a lady struggling to push her suitcase near the exit doors, due to her being disabled and in a wheelchair. It only took me a minute before I made the choice to help, surprised that the 15 people who had passed her and watched her struggle just kept walking.

She was a bit taken aback when I asked her if I could push her suitcase for her. However, she was grateful for the help. Walking out with her and having light conversation we got her into the taxi line and on her way.

I made the choice to take a moment to assist her.

Recently, I have been through a lot of emotional, mental and physical trauma. It’s been hard! The days have been slow and long, the emotions high and low, the body sore and bruised but I have over the last week made some choices. Some choices for me. These may seem ‘korny’ to some but to me they have and will make a difference!

After all we are the product of our own making:

Here’s what I have decided:

1. I am going to spend some time making the right choices for me. This is going to be a time to focus on getting me in the right head space again. I was lost and have been for a while but I plan on finding me again.

2. I plan to make the most of all the negative things I have experienced and learn from them, (I hear my parents sighing with relief and at the same time making bets on this one).

3. I plan to reignite some of the friendships I lost due to the choices I had made previously, while maybe not my own choice or one I would have done without the external sources, but one I plan on making right.

4. I plan on taking the time to nurture the relationship I haven’t had the chance to with my ‘Pre-teen’. Some of you may be laughing hysterically at me saying; friends, relationship and teenager in one sentence. However, I know we will have bad times and rough patches but I choose to have those. I choose to take them on as without negative experiences we never experience adversity!

5. I plan to tick a few things off my bucket list, one of which I am in the process of doing right now!!! I am about to walk Ayres Rock or better known as, Uluru. Something I have talked about and thought about for a while now. 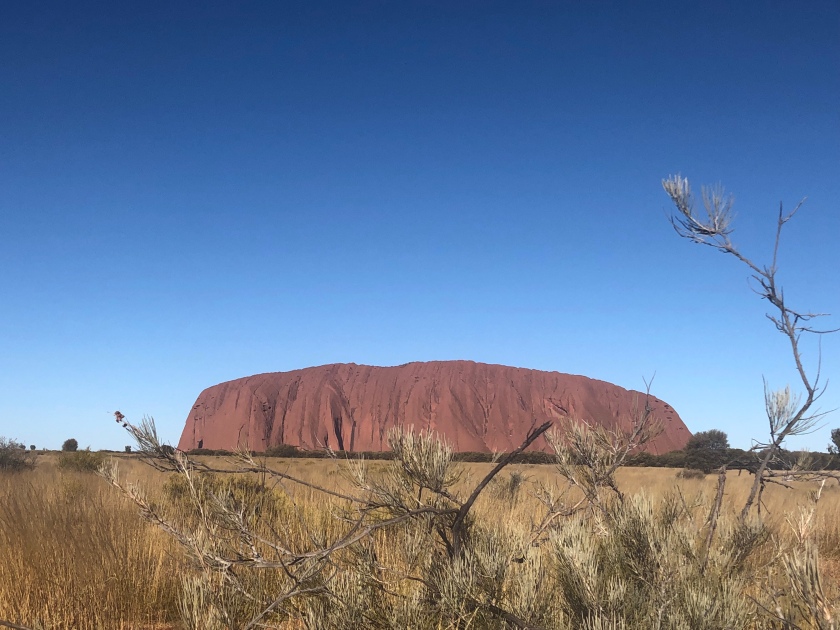 6. I plan to take back control! Something I have had taken away from me without my knowledge or consent, but be ready world, here I come again!

7. I plan to make the time for love, laughter, joy, pride, hope, inspiration and even sadness.

Trumping all these, no matter how many I was to list or how many may be relevant to you or not, I plan to choose.

I plan to choose for me, it’s my time now!

While on the plane from Sydney to Ayres rock I watched people, not in that creepy stalker way, more the seeing them as they are. I will admit it I am a people watcher, I like to watch people, in restaurants, at the beach, in the grocery store etc. We are amazing people after all! The way we walk, talk, communicate, stumble, move and much much more.

Well on the plane I watched a lady made a choice. I was given the ultimate responsibility and major leg room to be on the emergency exit aisle. However I wasn’t told that by taking this seat I wouldn’t be able to recline my chair…. did you know this?? Anyone?? Anyway I didn’t mind, after all it was only three hours and with added leg room I could just find a better slouching position to sleep in.

However, the lady in front of me also didn’t know that as she backs onto an emergency aisle she to cannot recline her chair. Well I watched her battle her chair for a good five minutes. I watched her get annoyed at the person in my aisle as she believed they were stopping her from reclining her chair. I then watched her get annoyed and stand up from her seat and almost, well it seemed she was ready to tell off the person in my aisle. Mind you she was fast asleep and was not even near the chair in front let alone had her tray table down or anything blocking this lady’s chair. I watched the confusion replace the annoyance and signally after what must have been a 15 minute episode she realised she had no choice and her only choice was to sit back down and that’s that.

Pretty simply, choice is everywhere. Sometimes we have no choice but to experience anger, pain, suffering and all those emotions we wish we never encountered but we have to, as the negative experiences also shape the positive. Not only this even in the above emotions we have a choice. Yup, a choice.

Back to the book, Mark gave a great example – when angry, you have two choices, to acknowledge being angry and choose to deal with it in a controlled way or put your fist through a wall. Ultimately both are choices we make, it’s the ‘actions’ after your choice, that again lead to more choices.

This may not have made an ounce of sense to you at all but it was interesting to read an entire chapter and mostly a book that talks about choice. It wasn’t all right, the book that is, well in fact it may have been but I chose to not accept sole parts and that’s up to me. Because at the end of the day, my choices are mine.

“The more we choose to accept responsibility in our lives, the more power we will exercise over our lives.” (Mark Manson, 2018)

Right now I do not even know how to describe me. I am a weak but I am strong, I have hit rock bottom and recovered. Some days I soar, others I hide. Writing comes at the most different of time! View all posts by insightintowhatitsrealkylike